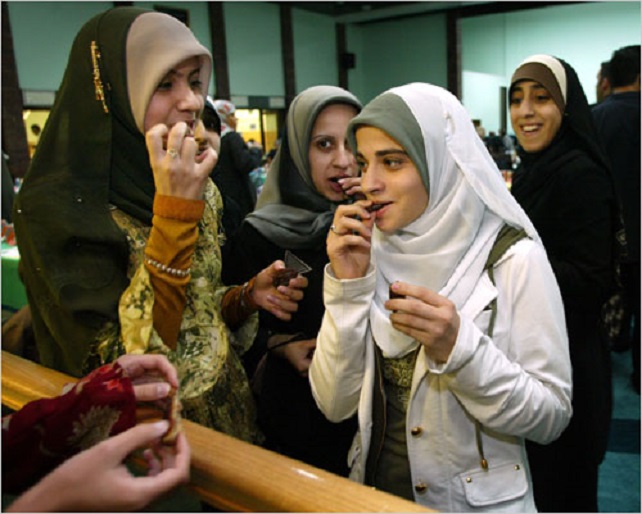 All Americans NOT Equal

Mistrust And Discrimination Against Naturalized Citizens In The U.S.A.

Approximately 13 percent of the U.S. population — nearly 40 million — is foreign born, of which about 6 percent are naturalized U.S. citizens. Given the positive image associated with immigrants — the “nation of immigrants” or “the melting pot” — one would assume that all Americans in the U.S.A., natural born or naturalized, have equal worth as citizens. This, however, is not necessarily the case. Despite U.S. citizenship, naturalized Americans are seen less than equal to natural born Americans. They are often confused with “foreign nationals.” Moreover, their cultural belonging, allegiance, English-language skills, as well as other qualifications, are questioned.

This article is going to examine foreign born contributors in the U.S.A. in context of federal government employment opportunities, particularly in the national security area. Foreign born citizens have critical linguistic and cultural abilities that are needed, but a tendency to profile them may obstruct the U.S. government taking full advantage of their talents. Profiling and mistrust based on national origin in turn can lead to unnecessary resentment and detachment of loyal citizens, endangering the unity that makes the U.S.A. strong against extremists in the first place. As Peter Neumann, Director of the International Centre for the Study of Radicalization and Professor at King’s College London suggests, inclusiveness is a significant contributor to security as it lowers the chances of radicalization and extremist recruitment.

Anti-Immigrant Policies In The U.S., A Historic Perspective

Mistrust and discrimination against naturalized citizens as demonstrated in various anti-immigrant policies is not new to the 21st century. In fact, marginalization of immigrant groups based on (perceived) threats has been an inherent part of U.S. history. Examples of policies targeting immigrants include the Alien and Sedition Acts, Chinese Exclusion Act, Immigration Act of 1924, the Alien Registration Act and the Executive Order 9066.

Discriminatory treatment of naturalized citizens is even anchored in the U.S. Constitution, Article II, Section 1: “No Person except a natural born Citizen, […] shall be eligible to the Office of President […]” There may have been some rationale behind the provision at the time of the adoption of the Constitution. However, that is certainly not the case any longer. An amendment to this provision has been unsuccessful to date, even though the provision is not only discriminatory, but also shows a lack of trust in the democratic system altogether, as, for someone to become the president of the U.S.A., a significant number of Americans would have to vote for him/her.

The lack of concern with this discriminatory passage conveys much about sentiments toward naturalized citizens today. Even in countries such as Germany (see Basic Law, Article 54, Section 1 (president) and Article 64 (chancellor)), or Turkey (Law Nr. 6271, Section 6; Basic Law (Anayasa, Madde 76)), where diversity and inclusion is less of the national identity, any citizen is trusted to lead the country, indicating a significant deficiency in the U.S. Constitution.

Recent Cases Of Mistrust And Discrimination Against Foreign Born Citizens

Similar sentiments are reflected in policies that denied naturalized citizens equal access to employment opportunities as late as 1988, in violation of the Title VII of the Civil Rights Act of 1964 which prohibits discrimination based on national origin, in this case, “without a compelling state interest.” More recently, naturalized citizens were awarded monetary benefits of $31 million resulting from Equal Employment Opportunity complaints in 2014, $35.3 million in 2013, and $37.0 million in 2012, respectively. It must be noted here that employment discrimination is extremely difficult to prove. Therefore, many incidents are likely to go unreported or undetected which, in the contrary case, would have increased these aforementioned amounts per year even more.

Concerning sentiments toward naturalized citizens can also be found in an official report sponsored by the Defense Personnel and Security Research Center (PERSEREC). Based on the extremely limited number of open source cases that occurred from 1990 until 2007 (see Table 2) – 37 (among others) – the author concludes that naturalized citizens are more likely to commit espionage while she fails to provide an explanation on how using protected demographic traits in her research is going to improve U.S. national security policies and how her loaded conclusion will not result in a further increase in discrimination against naturalized Americans.[1]

In the midst of all these, let us examine immigrants’ (naturalized Americans and non-citizens) contributions in the area where, according to President G.W. Bush, the “finest citizens” can be found — the U.S. military. In 2008, foreign born represented 65,033, 4.8 percent of the 1.36 million active-duty personnel in the armed forces. The military greatly benefits from the cultural and linguistic diversity of these members.

Immigrants, however, not only join the U.S. military, they also perform quite well in it. General Pace, USMC, Chairman, Joint Chiefs Of Staff, testified before Congress that even among the non-citizens, “[s]ome 10 percent or more than those who are currently citizens complete their first initial period of obligated service to the country.… they are reliable, they are courageous.… more than 20 percent of those who have received our Nation’s highest award for heroism in combat have been immigrants.”

Although naturalized citizens’ allegiance is questioned even by liberal officials such as Senator Dianne Feinstein (D), the granddaughter of Jewish and Catholic immigrants from Poland and Russia, who claims that “allegiance is driven by… birth”, immigrants die in line of duty, while trying to protect U.S. interests. According to the Department of Defense, as of July 23, 2015, out of 6,837 [2] who died in line of duty from 2000 until 2015, 130 were naturalized citizens. Additionally, the USCIS has granted posthumous citizenship to 111 military personnel non-American citizens who were killed while defending the U.S.A. since September 2001.

As the world is becoming increasingly interconnected and mobile, individual identities are becoming even more diverse and are encompassing more than one nation, ethnicity, or culture at a time. Subsequently, concepts such as citizenship or allegiance are changing and becoming more organic. Some things, however, remain the same, regardless: most people, no matter where they are from, are more alike than different. In essence, they generally all want the same things: better opportunities and a better life for themselves and their off-springs. Most people are neither terrorists nor plan on committing any crimes.

Ideals such as equal opportunity and inclusion are what makes the U.S.A. a strong nation and attracts many foreign born hard-working, productive individuals to this country. For many foreign born individuals, the U.S.A. represents a unique place, possibly different than their places of birth, where they can find things that they may not have been able to find elsewhere: opportunities of economic nature or otherwise; respect and dignity; and maybe tolerance. In fact, naturalized Americans may have a deeper appreciation for this country based on their personal stories than someone who may have been born on U.S. soil and never had an opportunity to compare or choose their nationality. Either way, prejudice and biases can only alienate and detach people, whereas fair and equal treatment attract and nurture ties and allegiances.

Therefore, with regard to federal hiring, it may be best to remain open to the possibility that espionage (or unauthorized disclosure of classified information, for that matter) can be carried out by any person regardless of place of birth, national or ethnic origin, gender and other similar traits. The low number of espionage in the U.S.A. indicates that strong background check processes for defense personnel are in place. Concentrating on improving strategies, or developing new ones, to ensure that the best and most suitable individuals are hired and trusted with sensitive information will certainly generate better results than profiling of naturalized Americans.

[1] Under “race or ethnicity” the author lists a category which she refers to as “Arab.” “Arab” is generally not a category on which the federal government gathers demographic data. Therefore, it is unclear where the particular data was extracted from and why a separate category was created for this group.